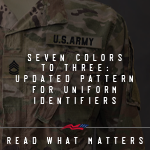 The U.S. Army’s OCP Combat Uniform insignia, badges, and tapes will now feature a lightened 3-tone pattern to increase the legibility of the uniform identifiers, per a press release. 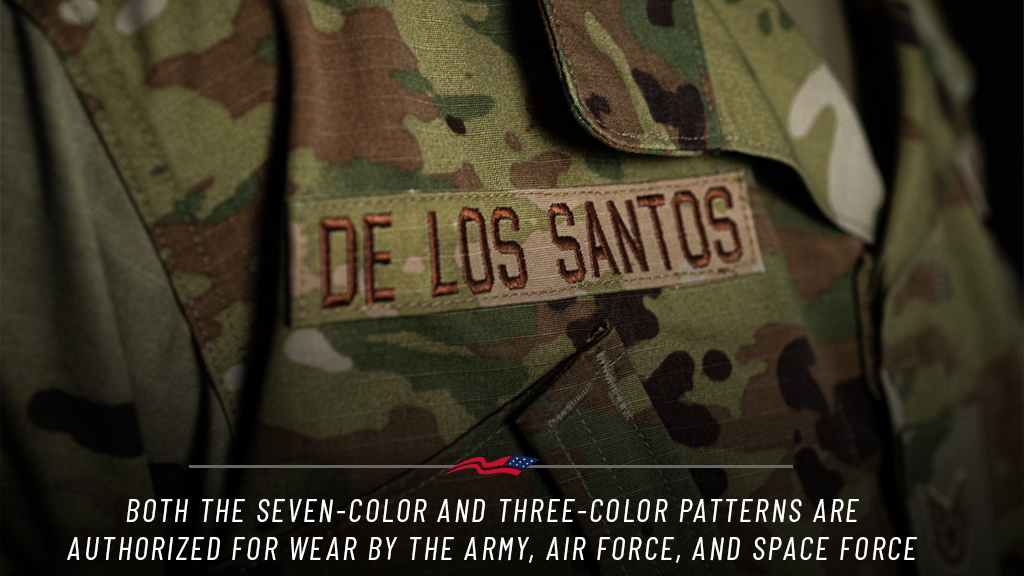 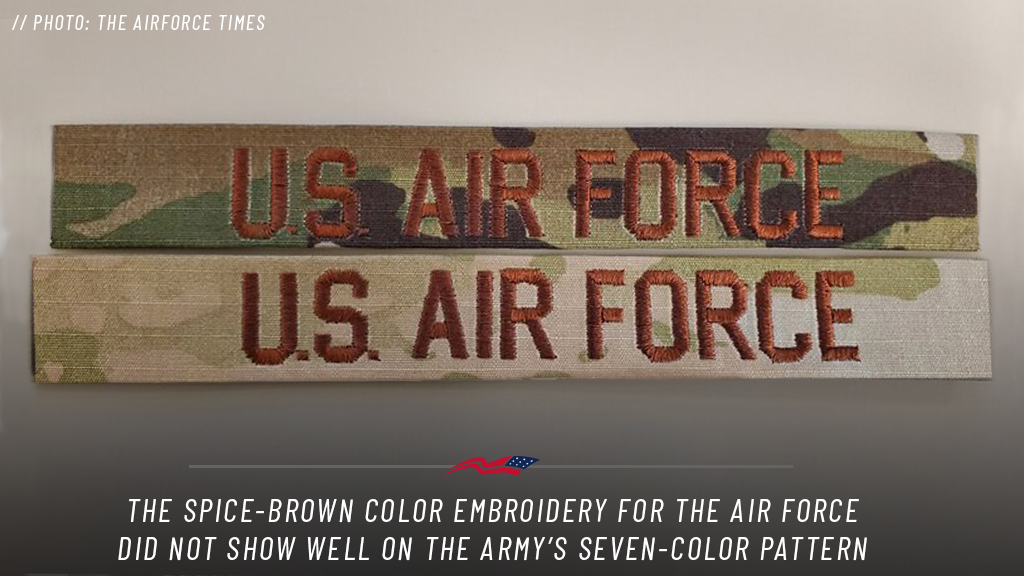 The name and service tapes will keep their block letter stitching in their respective thread colors depending on branch: Black for the U.S. Army, Spice Brown for the Air Force, and Navy Blue for the Space Force. 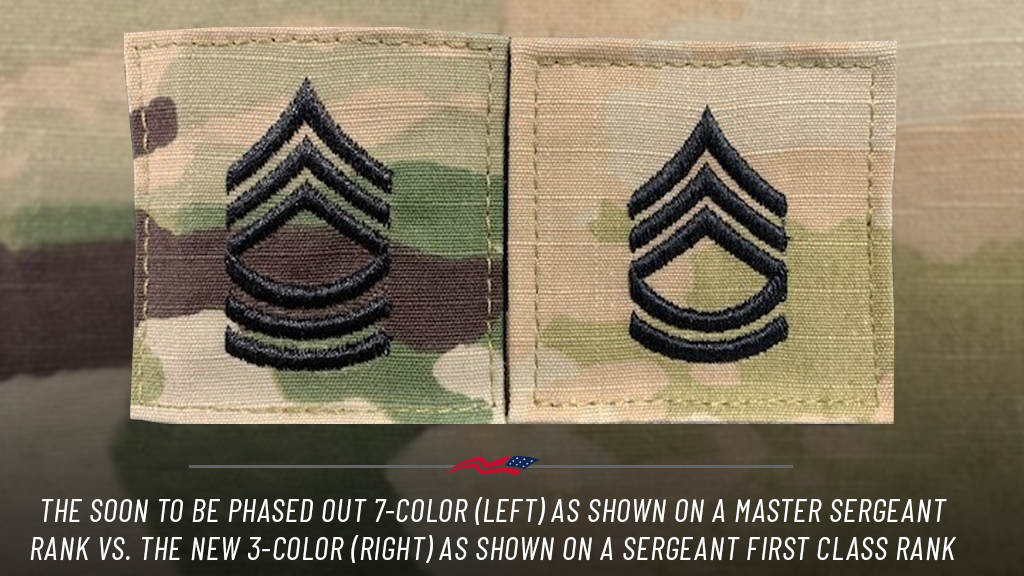 The Army and Air Force exchange Service has already begun to transition inventories to the new three-color pattern name and service tapes.

When the updated pattern began dropping into stores in November 2020, there was no date when the seven-color will be completely diminished from stock.

If you’re still looking for more information on Army-Authorized footwear and uniforms, feel free to check out our Army Uniform Guide on USPatriot.com.

If you’re still looking for more information on Air Force-Authorized footwear and uniforms, feel free to check out our Air Force Uniform Guide on USPatriot.com.