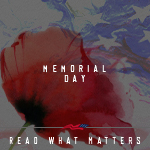 We all know Memorial Day is an American holiday observed on the last Monday in the month of May, but as of late the lines between it and Veteran’s Day often seem to be blurred. We aim to clear that up by covering what Memorial Day is, and how it’s commemorated here in America. We’ll dive into the basic questions surrounding Memorial Day, how it’s different than Veteran’s Day, its origins, and how Americans celebrate the day.

What is Memorial Day?

Memorial Day commemorates the men and women who have paid the ultimate sacrifice while serving their country, in particular those who lost their lives in battle or as a result of wounds sustained in the field. In short, the purpose of Memorial Day is to memorialize the veterans who made the ultimate sacrifice for American Democracy and Independence. Unofficially, it marks the beginning of the Summer season here in the states.

After the Civil War concluded in the spring of 1865, America began reflecting on the toll taken on the nation and all that we’d lost in the conflict. By the late 1860s, across the country Americans were holding tributes, vigils, and ceremonies commemorating soldiers lost during the brutal war. It’s unclear where these ceremonies began but one of the earliest recorded events shows that shortly after the Confederacy surrendered in 1865, a group of formerly enslaved individuals in Charleston, South Carolina held a community event in which they mourned the loss of local citizens in the war. As the nation started to rebuild, these celebrations of life and sacrifice became more common as people started reciting group prayers and leaving flowers at graves to honor loved ones lost. 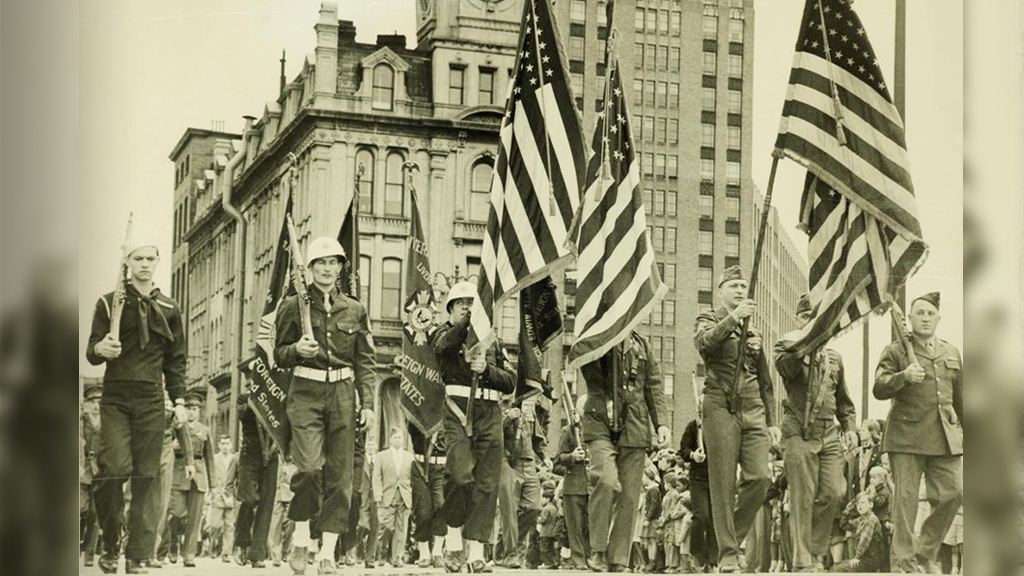 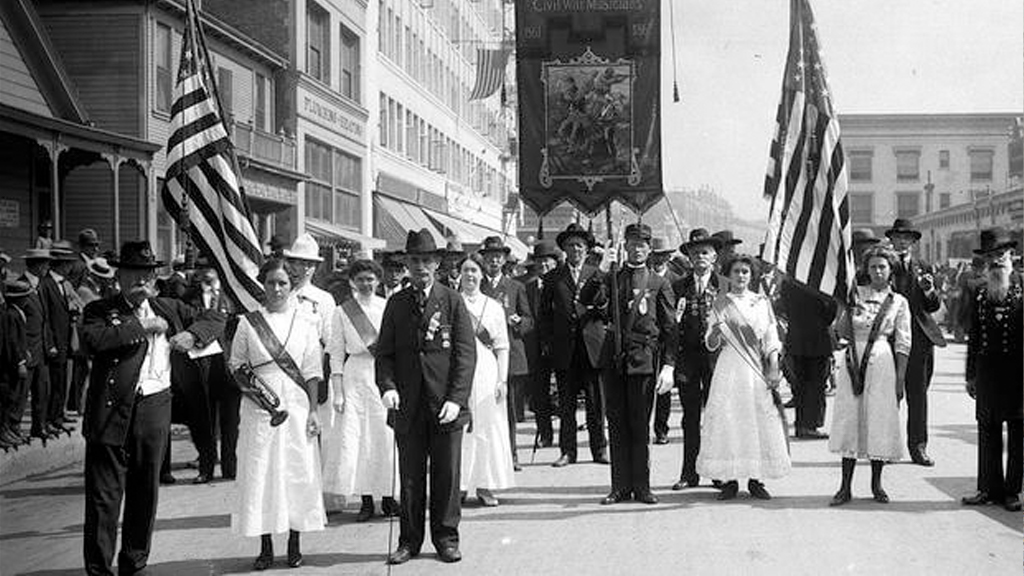 On May 5, 1866 the city of Waterloo, NY began hosting annual community-wide events, during which its residents left flags and flowers at grave sites. The city’s businesses also closed for the day in observance of the day. Because of this, the federal government declared Waterloo the official birthplace of Memorial Day in 1966.

What is Decoration Day?

For those of you in the South, you may be unfamiliar with “Decoration Day”, whereas your northern counterpart has probably learned about it in high school history class. On May 5, 1868, a leader of a Northern Civil War Veteran organization, General John A. Logan, called for a nationwide day of remembrance.

“The 30th of May, 1868, is designated for the purpose of stewing with flowers, or otherwise decorating the graves of comrades who died in defense of their country during the late rebellion, and whose bodies now lie in almost every city, village and hamlet churchyard in the land.” He chose that specific day because it wasn’t the anniversary of any battle in particular and allowed residents to commemorate their fallen for the conflict at large, rather than a specific event. On the first documented Decoration Day, General James Garfield gave a speech to over 5,000 attendees at Arlington National Cemetery, where the 20,000 Civil War soldiers had been laid to rest. Across the north there were similar events rooted in commemorating fallen soldiers for years, and by 1890 each state throughout the region had its own official state holiday. Throughout the Southern states, they continued to observe and honor the fallen on various days until after the conclusion of WWI.

The History of Memorial Day

Gradually Decoration Day became known as Memorial Day. Part of the continued evolution of Memorial Day was no longer keeping it restricted to fallen soldiers from the Civil War, but expanding out the reverence to Americans lost during WWI. Eventually this would lead to the growing trend of incorporating lost lives from WWII, as well as the Vietnam and Korean Wars. It was continued to be observed on May 30, just as General Logan had selected for Decoration Day, but in 1968 Congress passed the Uniform Monday Holiday Act, establishing Memorial Day as the last Monday in May (in an effort to create a three-day weekend for federal employees). The change ultimately went into effect in 1971, declaring Memorial Day a federal holiday.

What’s the Difference in Memorial Day and Veteran’s Day?

While Memorial Day serves to honor those that have paid the ultimate sacrifice for American freedom, Veteran’s Day honors those who have taken the oath to serve America in the past, present, and even pay tribute to those who will serve in the future. While both days have designated “Moments of Silence” that encourage all Americans to take a moment and reflect on the debt paid by so many to ensure its liberty, they do have separate times. Veteran’s Day commemorates its Moment of Silence at 3:11pm Atlantic Standard Time, because in 1918, on the 11th hour of the 11th day of the 11th month, an armistice or temporary cessation of hostilities was declared between the Allied nations and Germany in WWI. Memorial Day commemorates its Moment of Silence at 3:00pm because it is the time when many Americans are enjoying celebrating their freedoms, and is intended to be a unifying act of remembrance for Americans of all ages.

While a large percentage of the population believes Memorial Day serves as a day at home, possibly by the pool or grilling on the BBQ, there are some terrific ways to honor the fallen within your community. Laying flowers and placing American flags on graves at your local Veterans cemetery are the traditions that have dated back to this event’s inception. 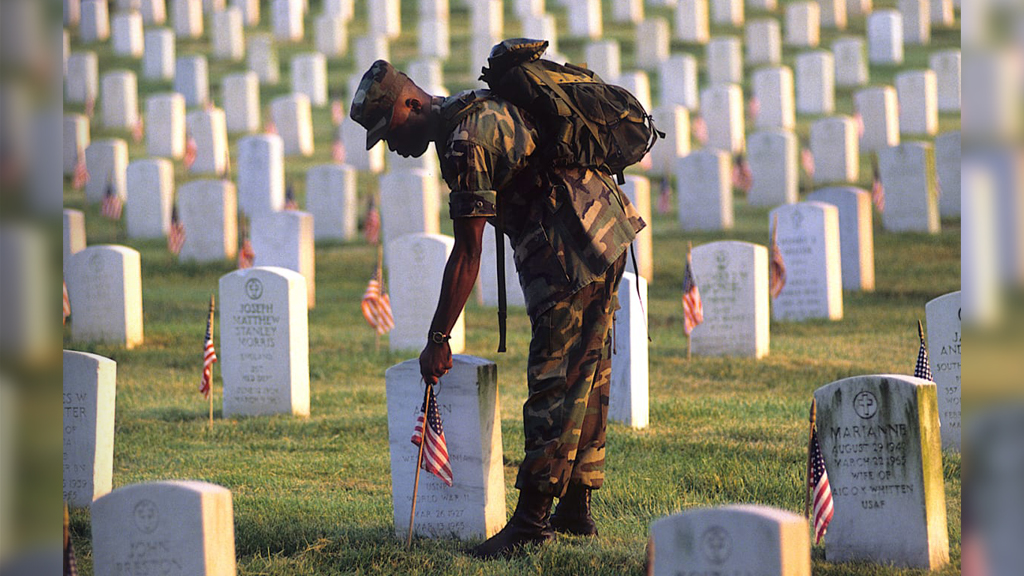 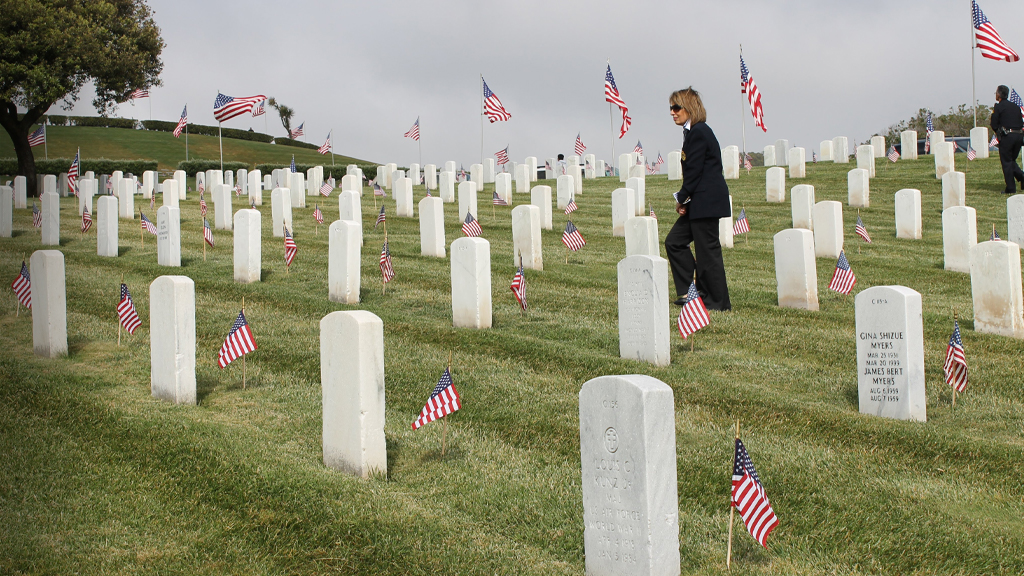 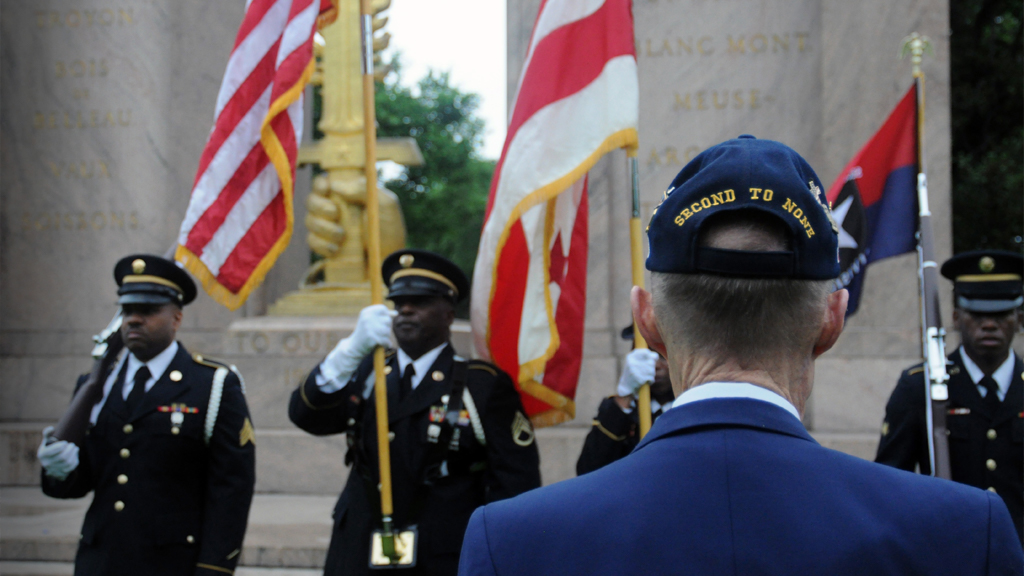 Some Americans war a red poppy on Memorial Day – a tradition dating back to a poem written during WWI to honor the many men and women who gave their lives fighting for their country.

“In Flanders Fields” by John McCrae

In Flanders fields the poppies blow
Between the crosses, row on row,
That mark our place; and in the sky
The larks, still bravely singing, fly
Scarce heard amid the guns below.

We are the Dead. Short days ago
We lived, felt dawn, saw sunset glow,
Loved and were loved, and now we lie
In Flanders fields.

Take up our quarrel with the foe:
To you from failing hands we throw
The torch; be yours to hold it high.
If ye break faith with us who die
We shall not sleep, though poppies grow
In Flanders fields.

While there is no wrong way to celebrate Memorial Day, it’s encouraged to spend the time with family & friends. Enjoy the freedoms of a country that has sacrificed so much for so many. Take the moment of silence as an opportunity to educate the next generation on the price paid for American freedom.

For more information on observing the National Moment of Silence, click here.