Home / Military Life / The Military Brat: A US Subculture

The Military Brat: A US Subculture

The term “military brat” simply describes a child whose parent/parents are serving in the US Armed Forces. The term can also be used to describe the very unique lifestyle or subculture of American military brats. This unique term also includes past members of military families. The lifestyle of a military brat lifestyle usually involves the family moving to new duty stations either within the USA or other countries many times while they are growing up as part of a military family, barring some exceptions of course.

Differences Between Military Brats and Civilians 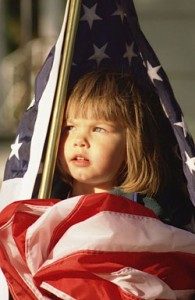 There are war-related family stresses that frequently occur as part of a military brat’s life. Many aspects of military life are significantly different from those of a civilian American population, including living in foreign countries as well as diverse regions within the US, exposure to foreign cultures and languages, and a total immersion into military culture. Military brats usually view themselves as a “distinct, 200-year-old American subculture” with millions of members! They have also been one of America’s least known and mostly invisible subcultures. Ironically, they have also been called a “modern nomadic subculture” which implies that they have experience as a global citizen or world traveler, or have essential worldliness. For the most part, former military brats as well as current like the term; however, outside of the military culture, this term is usually misunderstood by the nonmilitary population, who consider the word “brat” to be a pejorative term.

There have been many studies that have shown that this group is affected by several forces. A major contributor is the frequent moves to follow the parent in the military as they are reassigned from one base to another. Other influences include a culture of resilience and adaptability, a knack for making new friends, and the experience of being exposed to a foreign culture and language while living on a base overseas. Because of the military cultures on each base and the militarization of the family members, which can most times include the children being treated as a soldiers and being subjected to military regiments, these children sometimes take on the same service or code of honor that the soldier does. There have also been studies that show that children growing up in a military culture can have some long-lasting effects, both in a negative and positive way.

Positives and Negatives of the Subculture

The positive attributes that these brats often demonstrate include resilient personalities, exceptional social skills as well as a maturity that seems well beyond their years. They also demonstrate a strong desire to enter careers in which they can be of service such as police officers, nurses and Foreign Service work. Probably due to the military’s code of Duty, Honor and Country, these young people become hard-working and valued employees. On the negative side, some military brats have a hard time developing and maintaining lasting and meaningful relationships. Many times they tend to feel like they are an outsider in the non-military world. It is believed that the constant change in lifestyles can sometimes hinder the potential for forming solid relationships with people or places.

It is vitally important that military parents remember that their children are exactly that: just children. Of course you want them to adapt to the military lifestyle you and your family have chosen, but it would be wise to use a more gentle approach.

Originally from Canada, Terri moved to the US at 16 and joined the Army Reserves at 17. She went active Army in 1991, and spent almost 2 years in Iraq as a program analyst for the Army Corps of Engineers. She currently works for the VA as an Accounts Management Supervisor. Terri has her MBA in HR management.