Whistleblower: Reporting Misconduct in the Military

Look, sometimes a leader is out of line; and no, this doesn’t mean they smoked you or gave you extra duty. If that’s what you’re worried about, consult what I’ve written here and you can also submit a hurt feelings report to your chain of command. No, this is more along the lines of stealing government property or the My Lai Massacre.

How to Report It

If you’ve seen something going on that shouldn’t be happening, your chain of command might not always be the best course for you to take due to reprisals. And again, this isn’t about having to do some push-ups or an NCO not liking you. This is for serious shit. I suggest going to this link, which is a handy guide by Army CID (Criminal Investigation Command). You’ll notice a lack of direction in regards to going to your chain of command. Although this goes against everything you’ve been taught as a soldier, your chain of command isn’t the best thing to do. You don’t know if they’re also involved in what you saw, if they’ll try to “protect their own” or be misguided in their attempt to help you. 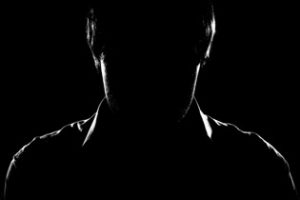 Report It at Your Own Risk

I mentioned the My Lai Massacre above and, in case you don’t know what that is and are too lazy to click on the link, in 1968 American soldiers killed between 340 and 500 villagers in two Vietnam villages. There was a cover-up with the Army initially sending the CO, Captain Medina, a letter of commendation for killing the enemy. The events only came to light once a Warrant Officer from a helicopter crew reported to his chain of command and a door gunner wrote letters to over 30 members of Congress. Without those letters to Congress, we might never have known what happened.

The My Lai incident ended up working out for the whistleblowers even though they faced stronger resistance than trying to get me into skinny jeans; but it doesn’t always work out and many members are not protected against reprisals. Take for instance Gene McCarty, a member of the Air National Guard who was denied enlistment due to being a higher rank than what his position needed. Although he filed a complaint saying it was because he was a whistleblower due to participating in an earlier internal investigation, Air Force IG found his claims to be unfounded even though there were several anomalies like his paperwork being completed for his extension by a Lt. Col and later denied by a different Lt. Col.

If that seems fishy, welcome to the real world where doing the right thing might end up being the wrong thing for you. Should that dissuade you from reporting something? Well, there’s a Military Whistleblower Protection Act, but as we saw with McCarty that might not help you. There’s your conscious that might weigh on you if see something that could either get people killed or is blatantly wrong. There’s your career that might suffer, which could not only hurt you but your family as well. So it’s up to you; do you want to make the right decision morally or the right decision for yourself and your career? Sometimes, those aren’t the same thing.

Do you agree? Disagree? Let me know.