The Marine Corps has a current end-strength level of 182,000 troops. While they have not yet reached this goal, they are getting close to it. But there is a problem, of sorts. It has been announced that the USMC may scale back the number of troops it has in its infantry forces to allow for more personnel in what it is calling its cyber-warfare community. This was announced by Marine Commandant Gen. Robert Neller at an Atlantic Council event in Washington, D.C.

What Does This Mean?

He said, among other things, that this may mean a cut-back in junior rank troops. In essence, he said the Corps was looking hard at ways to get more well-trained, experienced, and mature cyber-warriors. “I’m willing to take risk in the units we have now. Once we determine what are the capabilities we need and what are the types of Marines we need to do that, you know, those are not going to be [privates first class] and lance corporals over time.” 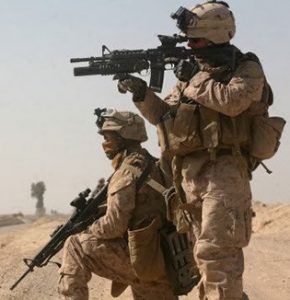 He went on to say that the Corps is facing an important decision between two options. The first, he said, would be to request more troops because of years of drawing down on troop levels; or, to restructure the current force to meet a newer, modern mission. At present, he does not know how many new cyber-troops are needed but did say that he should have some insight into that number by summer. He did not know how long it would take to fulfill either of the plans. Last January, however, he gave the Corps a late-2017 deadline to complete plans for adding more information operations and electronic warfare assets.

If you are asking yourself why the Marine Corps would even think of changing its role from the world’s most rugged and tough fighting force, known for storming beachheads and winning the hardest battles, into a “cyber-warrior” force, you are not alone. I do not have the answer for you.

Robert Partain has been a professional writer for over 25 years. He spent ten years on active duty in the Army working as a medic and training NCO. While he covers any topic associated with military life, he specializes in writing about legislation that can affect active duty service members and veterans. Robert currently lives in the small town of Arab, Alabama