The Law Enforcement Officer Safety Act (as amended by the National Defense Act of 2013) is a Federal law which was designed to allow active officers and qualified retirees to travel while armed without regard to state or municipal boundaries and changes in CCW that may occur. The premise behind the LEOSA is simple – LEOs never know when or where they might encounter someone who, due to a professional encounter, may recognize them and mean them harm. A secondary benefit of the LEOSA is that a traveling LEO would be equipped to aid another officer should the need and circumstances require it.

As I stated earlier, in theory, a qualified LEO/retiree should be free to travel from state A to state B or C without worry. However, since the passage of LEOSA, there have been rumors and stories of states which refused to follow the new rules, either by making it difficult for retirees to obtain necessary annual qualification or by interpreting the law incorrectly. Unfortunately, I recently witnessed this activity firsthand when I contacted the firearms licensing section in a neighboring state with questions about LEOSA practices. I was told that the LEOSA “only applied to retired officers” and that out of state officers should “unload at the state line.” After speaking with two representatives, one an active officer and one a retired officer, it became clear that neither was familiar with LEOSA. Fortunately, I was… and you should be as well.

Traveling with your gun & badge across state lines – LEOSA does allow qualified officers and retirees to travel across state and municipal boundaries while armed WITHOUT a CCW permit.

What LEOSA Does Not Allow

Despite what many may believe, the LEOSA is not a “blank check” to carry anywhere, any time. There are limitations, which include not allowing officers to carry while intoxicated or under the influence of narcotics, prohibitions against carrying of machineguns or silencers, and not covering “other destructive devices” – in other words no grenades, bazookas or tanks.

Also, LEOSA does not override state or local regulations which restrict such carry on government property, in government buildings or at government facilities, parks, etc.

Who is Considered An LEO

LEOSA defines qualified law enforcement officer as someone who is employed by a government agency AND authorized “to engage in or supervise the prevention, detection, investigation, or prosecution of, or the incarceration of any person for, any violation of law and has statutory powers of arrest or apprehension under section 807(b) of Title 10, USC (article 7(b) of the UCMJ).” It further states that such individuals must be authorized by their employer to carry a firearm, not be under disciplinary action, and must meet agency qualification standards. 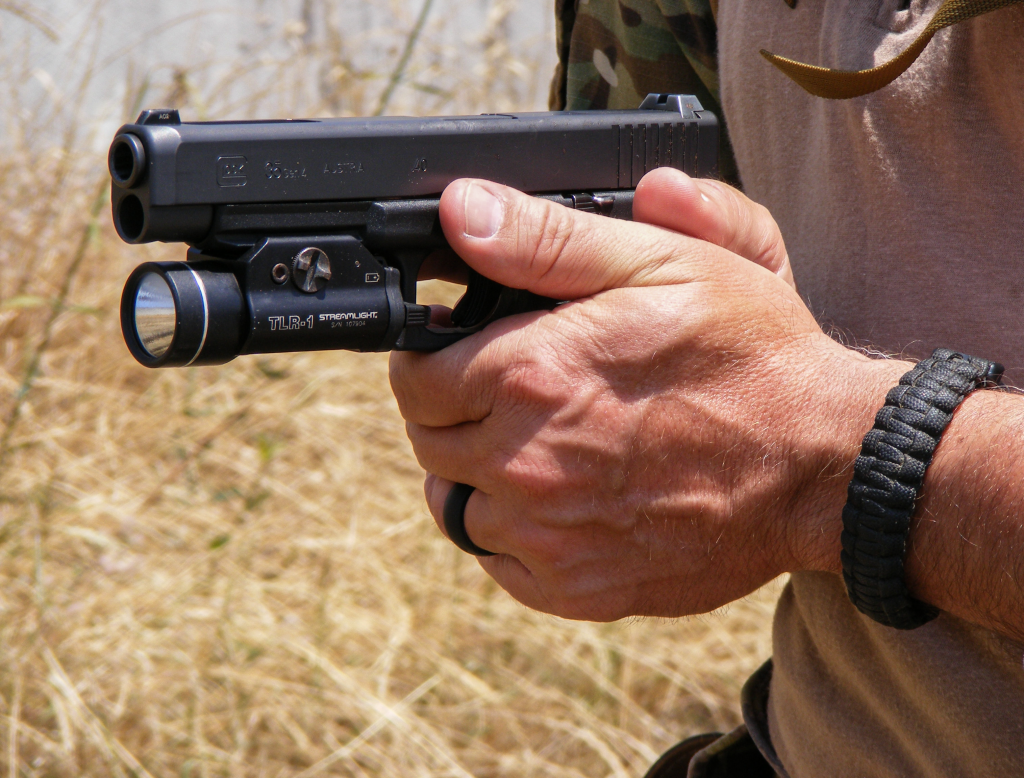 Retirees must have been employed in a qualifying position for at least 10 years, unless they left for disability reasons, must qualify every 12 months on a course similar to active officers within their state of residency, and must carry two identification cards – one identifying them as a retired officers and the other showing current qualification status.

Trending – Our Favorite Police Gear  Whether in the field or at your desk, ensuring that your essential police gear is ready to perform…

Summing Up Traveling With Your Gun and Badge

Most importantly, and why you need to know the rules; the LEOSA is what lawyers call “an affirmative defense.” This means you CAN be charged for violations of local CCW regulations; however, if you are following the requirements outlined in the LEOSA, the charges are to be dismissed or withdrawn once reviewed by local authorities. If you encounter an officer who is NOT familiar with the LEOSA, maybe you can avoid this having to happen, but only if you know and follow the regulations yourself.

The History of Women in Law Enforcement

Our Favorite Products for Women in Law Enforcement

The History of Women in Law Enforcement

Our Favorite Products for Women in Law Enforcement

Bring Back the Dungarees

How to Set Up a Duty Belt

Are Thigh Holsters Better Than Hip Holsters For Police?

Insoles – What to Look For