The History of the United States Army Transportation Corps

The Quartermaster Department was the first official manager of transportation, responsible for both boat and wagon transportation. As war efforts moved overseas, the need for transportation management increased.

The transportation of servicemen, animals and supplies reached a crescendo shortly after the invasion of Cuba in 1898. Falling under the Quartermaster Department, the Army Transportation Service was created. To meet the mobilization demands of World War I, the American Expeditionary Forces were established to manage the new service trucks. 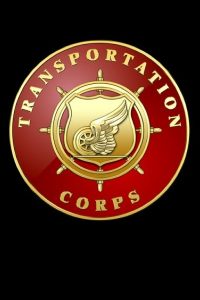 While an attempt was made to create a centralized unit to manage all transportation shortly after the War, it wasn’t until World War II that this critical need was truly exposed. The Army created the Transportation Division in March of 1942, integrating deep-draft fleets, railroad transportation and watercrafts. The division transported more than 30 million U.S. soldiers and 7 million allied soldiers during the War.

At the turn of this century, to address the evolution of combat overseas the U.S. Army began the process of becoming leaner, reducing the resources distributed to logistical units around the world. Despite this reduction, the U.S. Army Transportation Corps is still an important unit today. Happy Birthday to this mighty branch!