Home / Military Life / Stealing Valor: How to Spot a Fake

Stealing Valor: How to Spot a Fake

With Veteran’s Day just behind us, the nation gave thanks for the service and sacrifice of everyone who has spent time in the armed forces. It’s a sad commentary on the state of the world that some people try to “butt in” on this day of thanks and claim credit for service they never actually gave. That’s right, we’re talking about stolen valor.

When recent wars have sent so many service members home grievously injured or dead, it’s enough to make you furious that there are those willing to impersonate their comrades. Sometimes they do it for financial gain – they often turn up running short-lived fake “service” charities. Other times it’s just a cry for attention by pathetic failures. In every case, it’s wrong – not just because they’re stolen valor means they’re stealing the glory that belongs to others, but because after enough cases hit the headlines, we start to doubt the people who’ve really been there and done that.

How can you spot stolen valor?

So how can you tell if they are who they claim to be? In theory, it should be almost impossible to spot an impersonator because the US military’s dress regulations are freely available online and even the most obscure uniform item can be tracked down somewhere. In practice, it’s usually a lot easier to spot stolen valor. Fakers can never seem to resist adopting a Special Forces identity or awarding themselves a glittering array of medals and qualifications. Their ability to wear it all convincingly is usually pretty poor, too.

Non-compatible uniforms are the hallmark of stolen valor 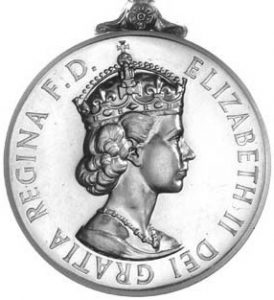 Look out for non-compatible uniform items as an indicator. Someone’s wearing an officer’s cap with an enlisted man’s uniform, or USMC utilities and Navy insignia? Something isn’t right there. Decorations are another place where imposters frequently go wrong. Foreign awards are always a red flag, especially for conflicts where the USA wasn’t involved. A few US personnel have picked up British awards, but if you see someone wearing a General Service Medal, the chances they’re entitled to it are right about zero. You might get some explanation about the secret US contribution to the raid on Port Stanley, but there wasn’t one. Nobody from an undercover SEAL team has ever won the Victoria Cross either.

Look at US awards

With US awards it’s easier; if you have any doubts, those who’ve won major decorations for valor can be identified online easily enough. Also be suspicious of qualification badges that aren’t worn properly or seem out of place. Could an Air Force sergeant have done Ranger School? Sure. How likely is it? Not very.

What do you do when you spot stolen valor?

If you see someone at a veteran’s event and you think they’re a fake, stay calm. Use our guide to dealing with stolen valor and don’t cause a fuss and ruin the occasion for anyone, but there’s no harm in asking them where they served. It’s usually easy to tell quickly enough if someone’s making up the details as they go along. If you think that’s the case the best solution, instead of trying to deal with them yourself, is to speak to a cop. The original 2005 Stolen Valor Act was sadly struck down as unconstitutional but its 2013 replacement does criminalize impersonation in some circumstances. In any case, a policeman is likely to lead the offender away and explain the facts of life to them.