There are many ups and downs in a “mil to mil” relationship. Mil-to-mil means one military member is married to another military member. The amount of separation and scheduling conflicts makes it seem like a crazy idea, just don’t tell that to the over 40,000 dual-military couples on active duty. One large benefit of being a dual military couple is that both members receive basic housing allowance (BAH), allowing you to get a mil-to-mil BAH.

BAH rates vary widely and are determined by base location, member’s rank, and amount of dependents. For example, an E-5 without dependents in Del Rio, Texas will make $843 per month, while an O-4 with dependents in Washington D.C. will make $2,928 per month. 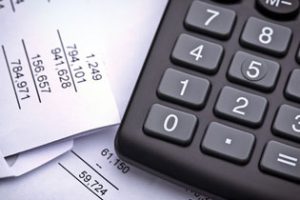 The new proposal could significantly decrease a mil-to-mil’s annual salary. Imagine that an E-5 and an E-6 were married to one another, had one child, and were stationed at Joint Base Andrews in Maryland. Under current provisions, they would jointly take home $4,368 in BAH per month. The E-5 would receive $1,905 and the E-6 would receive $2,463, which is approximately $52,416 per year. If this proposed Senate bill gets approved, their monthly BAH would be the senior ranking’s BAH of $2,463. This would bring their yearly BAH down to $29,556, a decrease of 56%.

The proposal isn’t solely targeted at military couples; the Senate wants to reduce payment for service members who choose to share a house or apartment. They suggest decreasing BAH for E-4s and above, who choose to live together, by 25%.

Why the Mil-to-Mil BAH Changes?

The proposed changes are to decreased military spending, but it should not be done at the expense of mil-to-mil couples. Labeling the lower-ranking spouse as a dependent is just plain disrespectful. He or she has served their country the same way the higher-ranking member has, and deserves to be compensated for it.

Thankfully, the BAH system used today aims to cover 100% of housing costs. The Mil-to-Mil BAH policy has come a long way in recent decades. Service members used to be compensated for approximately 80% of their housing costs and were expected to cover the rest with their basic pay. 100% coverage is vital because the service member does not decide where they want to be stationed. If they knew their housing costs weren’t going to be covered, they would choose to live in a cheaper area of the country. Service members should not be punished because bases are located in expensive areas.

Some military couples may debate whether or not to get married if this proposed law is accepted. By not getting married, you risk being separated by a permanent change of duty station. Only service members who are married can accompany each other on-duty assignments.

It’s cuts like these that make service members leave the military. Once upon a time, there were many reasons to serve and enjoy serving. A large amount of the population already faces the issue of not being able to pay their mortgage or housing costs. The difference is that they are not required to serve in a combat zone, be stationed away from their family or be on call 24/7/365.

Emily Ruch was born in Minnesota and raised in central California before joining the Air Force at the age of 17. While serving in the Air Force, Emily worked in the Base Command Post specializing in Emergency Management. She didn’t travel the world as expected, but spent time in west Texas, Washington D.C., plus a short deployment in Southeast Asia. Instead of traveling, Emily spent most of her time on education, cultivating friendships with coworkers, and enjoying her surroundings. She was lucky enough to meet her husband of seven years while serving in Texas. Emily left the service after six years and began working as a correspondence coordinator for the Department of Energy. Now she is a stay-at-home-mom with her 10-month-old son and three dogs.