Under Armour (or UA as they have come to be known), is a well-established maker of top-notch athletic gear. A few years ago, the brainstormers at UA decided to expand their market by diving into tactical gear. One of their latest endeavors is the FNP Tactical Boot. I recently had the opportunity to field test a pair of these boots and am excited to share what I learned.

Is the FNP the next boot you should add to your closet?

Under Armour made their name constructing shirts from groundbreaking compression cloth. Not a big deal today; everyone does it, but when the first UA compression shirt hit the market, it was a very big deal. It should come as no surprise then that UA has also applied this same approach to making boots by including only the best materials and most innovative features. 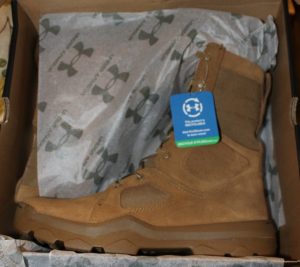 The FNP is constructed of some of the finest materials available in any boot:

When you purchase equipment from a major manufacturer such as Under Armour, you expect to pay a little more, but you also expect to receive a quality piece of gear. The Under Armour FNP Tactical Boot appears to have been constructed with this expectation in mind.

All seams are double stitched for increased durability. Eyelets are metal, coated to prevent sharp edges and lace fray, and installed far enough from the material edge to prevent pulling free. The molded sole features solid, one-piece construction to prevent weak points and reduce potential failure points. The sole is glued to the main body, which can be a point of failure, but both the toe and heel are stitched to provide a second level of security. The insole is cut so as to provide a tight fit, making it less likely to shift or loosen. Because the boot is a warm weather design, it is unlined, except for the toe box which does include a thin liner to provide additional comfort and protection.

During a close pre-wear inspection I noted that the seams were very tight, with no sign of loose points which may lift or become snagged, and no loose threads. The eyelets were also attached in a very secure manner with no movement or rough edges. The pull tab, a common weak point, was constructed by doubling the suede back under itself and securely stitched to the upper. All in all, everything appeared well constructed and did not cause any concern when it came to potential failures. 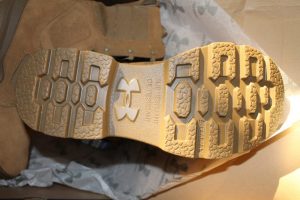 If you are buying boots to wear around town and look “tacticool,” then performance does not really matter. When you are buying boots because you need them and will depend on them day after day, then performance means everything. A manufacturer can claim their gear is the best but what really matters is how they do in the real world. My real-world test confirmed much of what UA claimed, but also uncovered some surprises – some minor, some you should definitely consider before making your own purchase.

One of my first surprises came as soon as I pulled the boots from the box. UA claims they are a lightweight design, with an advertised weight of 17 ounces. I knew this but was still surprised (pleasantly so) at how light they actually are. While this is often positive, it did raise some concerns regarding how well they would stand up to long, hard wear. More on this later.

My next surprise came when I realized how much the FNP resembles the old school jungle boot. The textile uppers, lightweight sole, drain ports, and minimal lining all reminded me of the jungle boots popular during my early time in uniform. Truth be told, I never cared for the jungle boots and was less than pleased to see the design reinvented. In my opinion, the old school boots were less than comfortable and required a lot of break-in time for the uppers to loosen and lose the noisy crunching sound during wear. The FNP looked, and sounded, as if they were subject to the same problems.

When I put the boots on for the first time I was still surprised by the lightness – you hardly know you are wearing boots as they feel more like sneakers. But they are much narrower than I expected, something other UA boot owners have expressed as well, meaning you will probably need to order ½ size larger than normal. 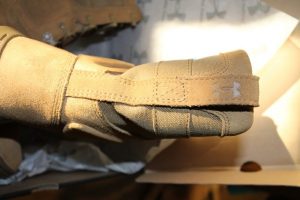 One of the first things I look for in boots with a sewn in tongue, done for added water protection, is potential rub points due to stitching. Because the tongue is attached along the length of the upper there is obviously more chance stitching will come in contact with the foot and cause discomfort during wear – something which can be a deal breaker when you wear your boots for an average of 10 or 12 hours at a time. Thankfully I did not find any such rub points along the tongue. Unfortunately, I did find this problem somewhere else in the boot – at the edge of the toe box lining. On closer inspection I found this to be the connection between the toe box, tongue, and lining, and that the stitching formed a rough surface on the inside of each boot.

Each of these surprises concerned we when it came to long-term field testing. Here are my findings:

In the end, the FNP Tactical Boots performed well, despite some unwanted surprises which could be considered deficiencies. If you are looking for a lightweight, hot weather boot for a dry or metropolitan environment, then these should be near the top of your list. If you work in a wet, muddy environment, you may want to reconsider due to the lack of traction. Even at full price, you are getting a good deal for a well-constructed pair of quality boots!