This fall I was fortunate enough to be invited to the October 2014 Remington Outdoors conference covering new long guns and ammunition for 2015. During the event, Remington unveiled what is truly an innovative new firearm for 2015, and today, January 1, 2015, you are among the very first to find out what it can do and to see what it looks like. It’s the Remington V3, and it’s a 12-gauge semi-auto shotgun capable of topping the ever-popular Versamax.

In 1963, Remington came out with their Model 1100, a semi-auto shotgun that soared to popularity due in large part to its stellar performance as a field gun both shattering clays and taking down birds. The 1100 remained a favorite of shotgun aficionados for decades until a quarter of a century later in 1987, when Remington designed the 11-87. The 11-87’s shining feature was its gas compensation system which allowed the gun to function with a variety of loads from light to magnum, 2 ¾” shells and 3” shells, and all without any adjustments being made to the gun itself. It weighed 8.25 pounds with a 26” barrel, although available barrels ranged from 14” to 30”, and it held 7+1 rounds in an internal tube magazine. The 11-87 even gained some Hollywood-style fame with an appearance in the Coen Brothers’ film “No Country for Old Men.” And, after the creation of the 11-87, there was yet another lull in new shotgun production at Remington: another quarter-century (plus a few) passed, during which shotgun production shifted from an American-dominated field to one overwhelmingly controlled by foreign manufacturers. 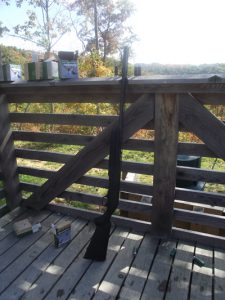 Firearms enthusiasts know it’s true, that shotguns have been produced by foreign manufacturers in huge numbers in recent decades, and that’s not to say those shotguns aren’t well-made, because many of them are, but wouldn’t it be nice if they were well-made…in America? Thanks to the V3, now it is.

The V3 utilizes Remington’s Versa Port technology which was first created for the Versamax. Versa Port is a gas system that regulates pressure while rounds are cycling according to the length of the shotgun shell: with a shorter, 2 ¾” shell in place 7 ports remain open while with a longer, 3” shell, 4 ports stay open. With the Versa Max, there were 7 ports, but with the V3 there are 8 for improved cycling and greater control over recoil energy. It’s really quite simple; the longer the shotgun shell, the fewer ports remain open, which affects how much pressure is used when firing a round. It’s a patented system that has already proven itself with the Versamax, and in the V3 it’s even better. The valves within the gas chamber work to specifically reduce recoil while simultaneously improving performance, and they work on everything from light target loads to the heaviest magnum loads.

Not only is Versa Port technology groundbreaking even today, in the V3, it’s impressively compact. Its receiver length is just 8.36” making it shorter than most others including the Beretta A400, which has an 8.5” receiver and the Browning Maxus, which has a 9.4” receiver. It even outdoes the Versa Max, which measures 9.27”. In addition, the majority of the competitor’s gas systems are placed 9” to 11” down the bore, and in the V3 the Versa Port is right in front of that compact receiver. Thanks to this incredibly compact setup, Remington was able to design the V3 with an ergonomically superior fore-end for better balance and a significantly improved swing when mounting the shotgun to your shoulder. As Remington puts it themselves, the V3 is quite simply “the most instinctual shotgun you’ll ever shoot.”

It’s also a light shotgun, but not too light, because when you’re firing a field shotgun you need perfect balance, and that’s what the V3 delivers. At 7.2 pounds it hits the sweet spot of similarly-sized shotgun weights right in the middle between the 8-pound 11-87 and the 6.9-pound M2 American.

The Remington V3 is designed for superior performance, exceptional balance, and simple pointability. It’s also designed for simplicity; thanks to the Versa Port technology it’s self-cleaning because the gas forces build-up out of the action as it cycles each round. 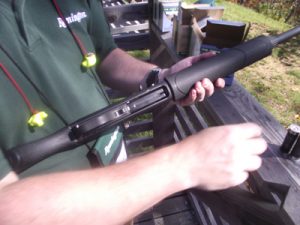 And now that we’ve gotten the formalities out of the way, let’s talk about how it shoots. I was able to try the V3 out at a fantastic outdoor range in West Virginia using both 2 ¾” and 3” shells. There was a nice supply of clay discs set up for skeet shooting at individual stations overlooking the mountains but I tried the shotgun on its own before making my first request for my host to release the first clay. Loading was easy, as expected, and could be done either by inserting the shells one at a time, pushing the loading port open manually, or by locking the loading port open to load with greater speed and efficiency. I fired the V3 using 2 3/4” target loads first. 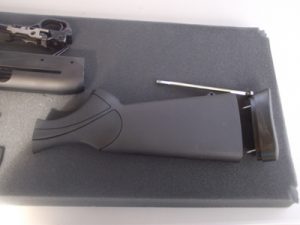 Mounting the V3 to my shoulder was smooth and easy and the stock tucked under the edge of my collarbone comfortably. I took a moment to check out the shotgun’s pointability and found the view preferable to many semi-autos I’ve fired in the past including those currently taking up space in my gun safe, which includes Mossberg, Winchester, and Browning, among others. The V3 has a slightly contoured barrel which leant to its pointability even more, a feature I appreciated quite a bit when it was time to shatter clays. Something many shooters forget is that most shotguns are point-and-shoot weapons, not take-careful-aim weapons like rifles, and the V3’s balance and angled fore-end leant itself to easy motions. If you can’t mount your shotgun to your shoulder in one smooth motion and take your shot with ease at the apex of that smooth motion, you have the wrong shotgun; the V3 is absolutely right. 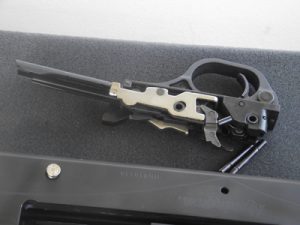 The trigger was crisp and even with a nice return. The V3 ate everything I fed it, both 2 ¾” and 3” shells, target loads and slugs, and once I’d been able to simply fire a few rounds into the valley ahead of me, it was time to shatter clays. Now, it’s worth noting here that I do not spend significant time skeet shooting; I prefer hunting living, breathing game – take that however you want. But with the V3 I was shattering clays without problems, and it was definitely an enjoyable experience destroying them as the soared through the pine trees. In fact, I found myself disappointed when I ran out of ammo and went looking for just a little bit more, just a few more rounds, to get more trigger time with Remington’s brand new pride and joy. 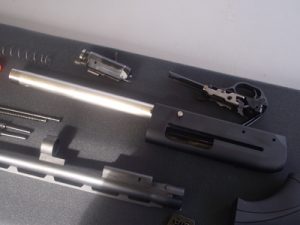 As a gun writer it’s my job to let you all know the full story behind a new gun, and my experience with the V3 truly was positive overall. There were no malfunctions or failures and it was a pleasure to shoot. In fact, during manufacturer testing the V3 had a failure rate of less than 0.5% which is a big improvement over the failure rate of competitors. It’s a nice-looking gun and it performed precisely as advertised; I have no complaints, although I am looking forward to putting a larger number of rounds through it in the coming months. In fact, I’ll make sure to write an update for you all after I’ve fed a few thousand rounds through my V3. As things stand today I’m pleased with this newest Remington offering, and I’m looking forward to taking it hunting.

Usually I’d write my own suitably dramatic closing, but this time Remington said it best in one of their ads you’re going to see hitting the television and magazines. Their ad campaign rightly highlights the need for gun owners to take part in bringing shotguns – all guns – back to the American market. Our guns should be American designed and American built with American pride: “Please don’t buy the V3 because it’s made in America. Blind loyalty was sent packing with the red coats. Ours is a land where the best man wins. In 2015, we’re proud to say the finest autoloading shotgun in the world isn’t built in Italy, Belgium, or Japan. It was born right here. Powered by our Versa Port gas system and the fierce spirit of competition that only thrives here, where the best shotgun wins.” 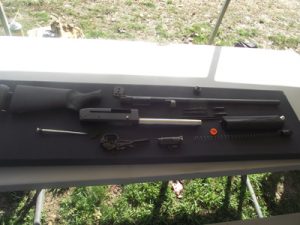 This is an American-made shotgun from a legendary company; Remington is the oldest and largest constantly-operating firearms and ammunition manufacturer in the United States. Take pride in being an American by making your next shotgun purchase the V3. It’s time for us to take back the shotgun market. Who’s with me?

(Remington said they will be offering more stock options down the road including a tactical folding stock and adjustable stock. Also, they’ll be adding tactical and competition shotguns to the V3 line. You never know, they might be at SHOT, and if they are, I’ll be there to tell you about it!)

Author’s Note: Some of you may have read my recent piece regarding the replacement of the Walker triggers in Remington Model 700 rifles. I stand by my statements therein that Remington has gone through significant changes in recent years, and in this past year specifically, and it is well worth watching to see what they come out with; the V3 is one of those firearms worth a closer look. I have had the pleasure of meeting and speaking with many of their designers and team members, and I believe Remington deserves the loyalty of the gun community. The gun control crowd would love nothing more than to see us destroy ourselves from within, so let’s not give them that pleasure. If you have nothing nice to say about Remington, feel free to direct your remarks to my email address: kat.thefirearmblog@gmail.com and I assure you, you will hear back from me. Let’s keep the negativity out of the comments, please.

The V3 has the following features