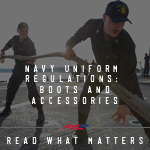 Boots are part of every military uniform. From combat situations to day-to-day work scenarios, most of your time in the military will be spent with boots on your feet. Normally, the most sailors wear steel-toe boots. However, every so often a new instruction is released that permits servicemen to wear less protective footwear as it did back in 2010 with the Navy Working Uniform Type I. Recently though, the Navy issued a NAVADMIN permitting the wear of the Navy Working Uniform Type III as the new standard uniform. With it came a change in policy that permits the wear of Coyote Brown Rough-Side-Out Boots and Coyote Brown Safety Boots based on command safety requirements.

Can You Wear the Coyote Boots with the New Navy Uniform?

The basics of uniform regulations will dictate what items a member can wear at any given time. NAVADMINs, however, will update these instructions regularly until a formal change can be incorporated. To elaborate further on this particular topic, during August of 2017, the previously mentioned NAVADMIN stated that, by October 2019, the Navy will have completely phased out the New Working Uniform Type I’s for the Type III’s. Furthermore, it specifies that the Type III’s are meant to be worn in shore duty commands and in-port for sea duty commands (basically any duty that doesn’t require special clothing such as the fire-retardant coveralls).

Does this mean the brown boots can be worn anywhere?

No, it actually doesn’t mean you can wear coyote boots in these non-special duties. To be clear, the minimum basic components of this uniform are as follows:

If you notice, the boots listed in the base requirements are actually the regularly worn, black safety boots that most of the Navy sailors are currently wearing. Normally, this lack in change can be attributed to how costly boots currently are. Sailors spend upwards of a hundred dollars for one pair, and it can eat up a good amount of the uniform allowance to purchase new ones each time they’re due for a replacement (non-skid wrecks these). Furthermore, up until this point, the new NAVADMIN makes no notice of changing the color of the boots. However, by reading further down the list in the NAVADMIN, you’ll notice there is a secondary list of optional items which include handbags – and a small note that clarifies that “the color of the bag will match the boots (brown or black).”

So just what does that mean?

Well, by reading the whole instruction, you’d notice that the while the paragraphs themselves don’t specify any color other than black, it does make a note of Navy-Certified commercial boots and directs you further down the list to what boots you’re able to purchase and where you can wear them.

What Boots Are Authorized for Wear in the US Navy?

Black Leather Safety Boots – Bates (Style 1621 males, 1788 females) and Belleville (Style 360ST males, F360ST females) These are the standard wear aboard the ship and most commonly seen ones across the branch. Sailors are authorized to use these types of shoes regardless of the situation, and when in doubt, “Black Leather Safety Boots out” should be the saying. The safety aspect of these boots comes from the steel toe protective measure offered for the hazardous work environments found daily with shipboard life. 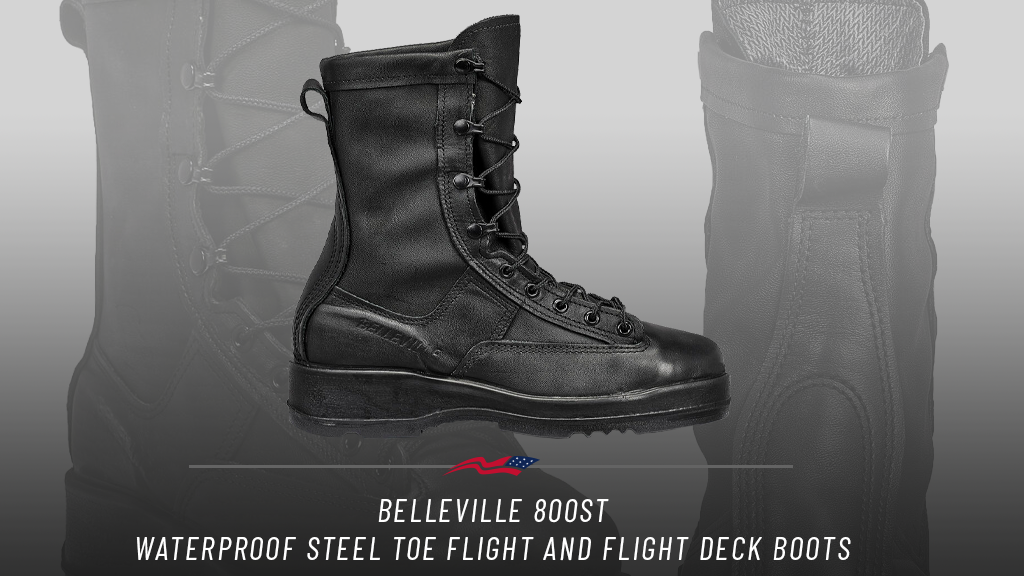 As the name implies, these are flight deck boots. The thread used in these boots is different in order to prevent any foreign object damage from happening to the planes from debris caught in them. 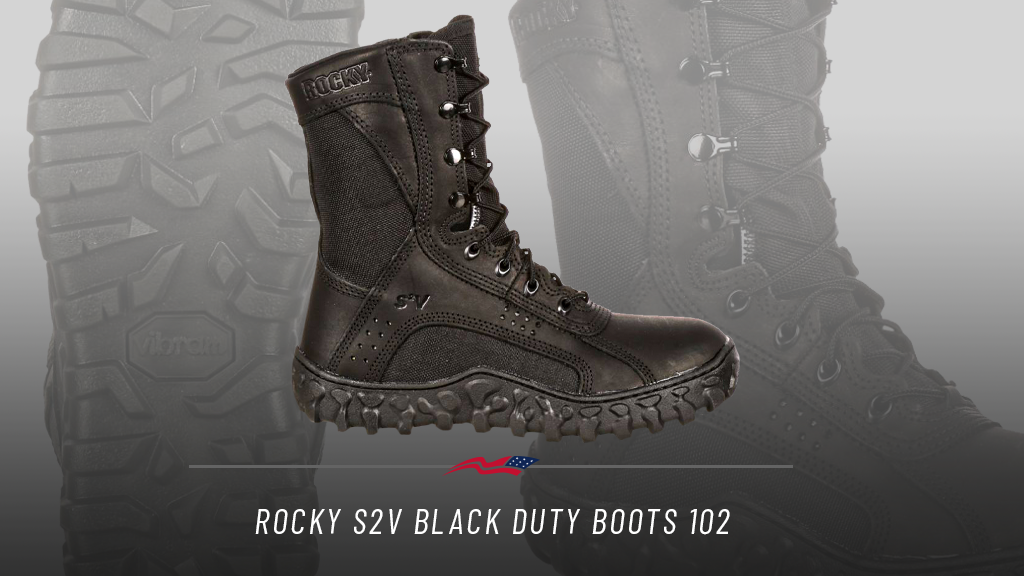 These are usable when safety toe boots are not mandatory and are mostly worn when in an administrative command that does not deal with any sort of heavy lifting or dangerous work. 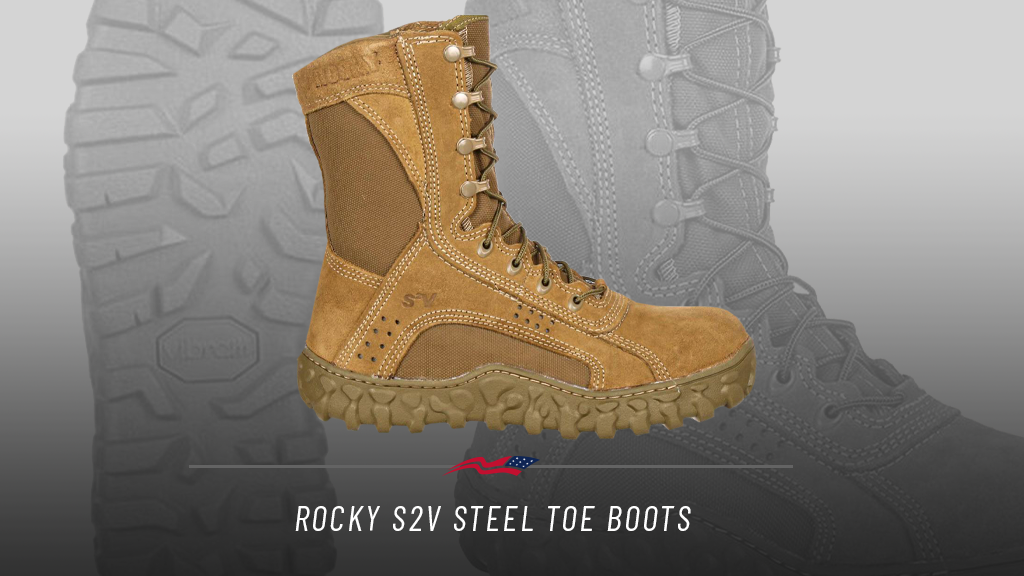 Coyote boots are authorized for wear only with CO approval in a shore-based command where safety shoes are not required. 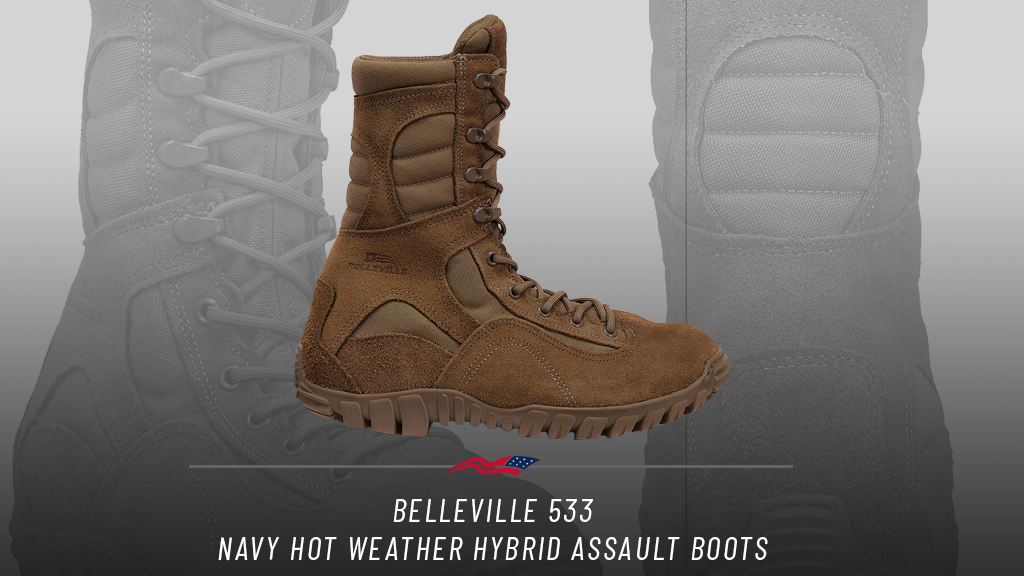 When safety is required, the steel toe version of the brown boots exists for use in shore-based commands that allow the wear of coyote boots with the approval of the Commanding Officer.

The boots in the above list are the only ones authorized for use in the Navy commands that are certifiably guaranteed to not get wearers in trouble with their command. The Navy changes uniform policies on a constant basis, and as they discover new boots that can fit the criteria, there is no doubt that new ones will be added to the list. But, as of right now, the list of approved items to wear with the Navy Working Uniform Type IIIs is literally in black and white.

The military and boots go together like peanut butter and jelly on a sandwich. It won’t be too long until the Navy updates their policies and once again changes the types of boots we can wear. But, until that day comes, your best sources for finding out what boots you’re authorized to wear at your command are both the chain of command and the NAVADMINS released by the big Navy.

Trending – Uncommon Valor  Women in law enforcement have a tough job, and they need tough gear to help keep them going.

Emmanuel Barbosa, AKA Dash The Bomber, is currently serving in the 7th fleet, and has over 8 years of experience in the military. A writer with a penchant for the humorous and informative, he loves to share his stories with those who would be willing to listen. Having served in deployments that have taken him around the world, Dash has seen and heard about many things that would be hard to believe. A loving father and a faithful husband, he is dedicated to protecting his family and country. For fun he enjoys cosplaying, videogames, and writing for online magazines.