Last year, Defense Secretary Ashton Carter asked all of the armed services to take a serious look at, and then submit proposals for, greater access to combat roles for women under their command. For years, this subject has been hotly debated as America has strived to become a land of equal opportunity for women. The different branches of the military have long had different opinions on this subject just as has the general population of the country. The idea behind asking for the proposals was that the government believes that women should be able to serve in any combat role they qualify and meet the expectations for; so, not just any woman will automatically be able to fill any combat role and they will be required to prove themselves first.

For years now, women in the military have been exposed to combat without actually filling what are considered to be traditional combat roles. In the Gulf Wars for example, on more than one occasion women were taken prisoner after the supply convoys they were part of came under fire. But, as far as women holding military jobs where they actively go out and seek the enemy- that has never happened before. 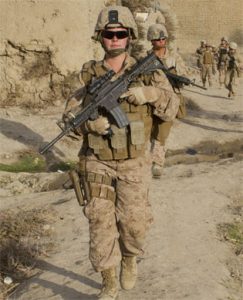 Among the most vocal groups in opposition to having women fill their combat roles was the military’s Joint Special Operations Command, who were very reluctant to have women assume ‘any’ combat roles within the command. It must be mentioned that women have long had supporting roles within the command, but it does not look as if it will go any further than that in one of United States Military’s most vital commands. For obvious reasons, the Marine Corps was also highly opposed to the idea. The Army was willing to explore the idea further and the Navy and Air Force have already had a more liberal policy over the years on women getting exposed to combat because, on most occasions, they will not be exposed or involved in direct fighting on the ground.

Those opposed to having women in combat positions often cite the ability of men and women serving side by side in combat positions to be able to keep personal feelings out of the mix; this could possibly result in unit morale and cohesion problems. Many also predict that, because of traditional gender role thinking, men may also act foolishly when under fire to protect the women that serve alongside them. There is also the ever-present problem of sexual abuse both at the hands of fellow service members and by the enemy if a woman should happen to be captured.

What Roles Do Women Qualify For?

For the time being, it appears the biggest part of the debate will be centered on military combat roles that women ‘actually qualify for.’ Many supporters of women being able to serve in combat positions say that, if women can pass the same rigorous physical and mental tests as the men, then there is no valid reason why they should not be able to fill and execute those same combat roles successfully.

The deadline for getting the proposals back to Secretary Carter was January 4, 2016, so it will be interesting to see if women really do get increased combat-related roles in the United States military in the very near future.