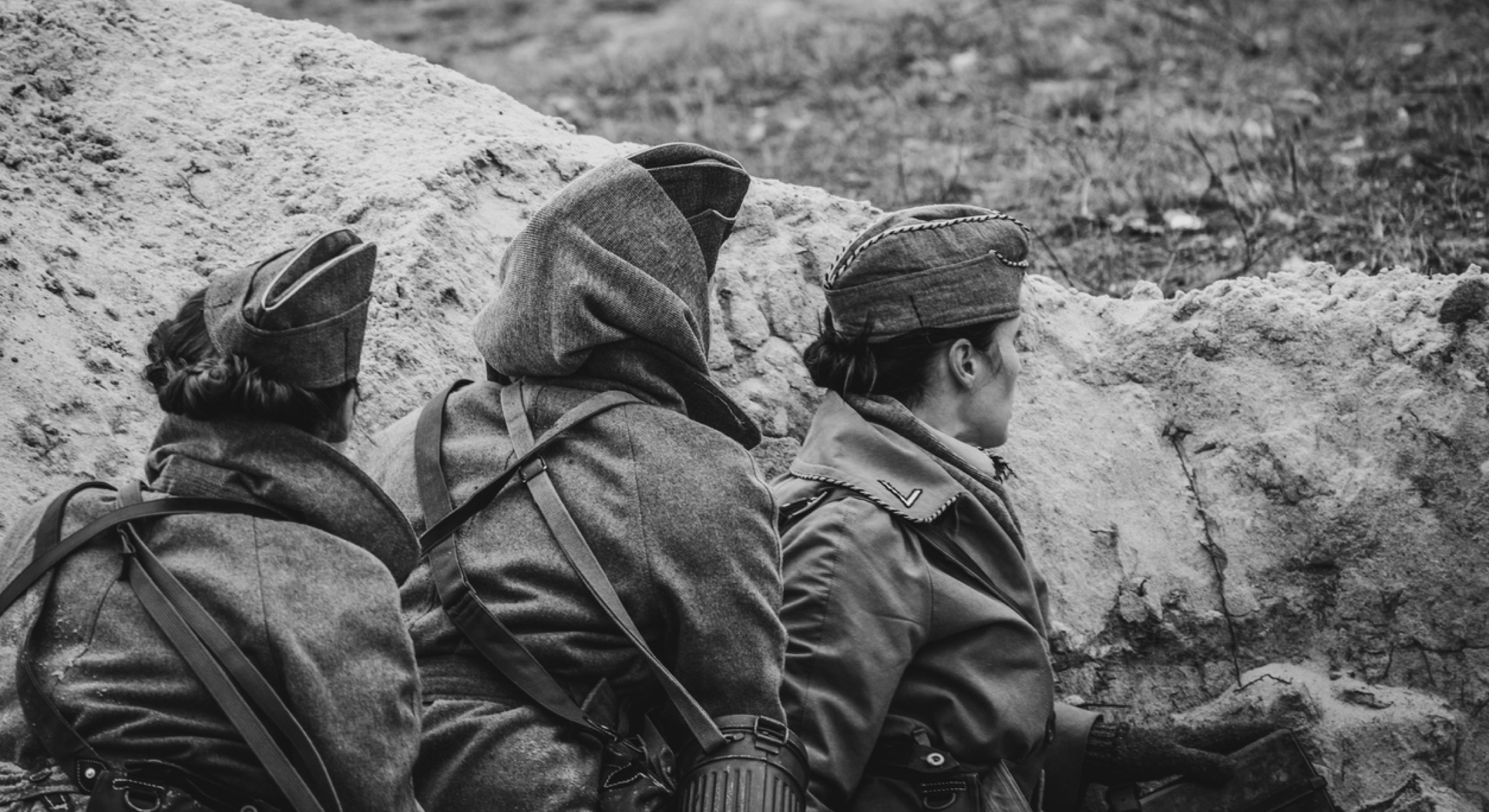 Home / Military Life / History of Women in the Military

History of Women in the Military

Despite rarely getting the recognition they deserve, women have been in our military since—well, before the US had an official military. From charming Civil War spies to brave First Lieutenant’s of the Vietnam War, women have served alongside men in every American war.

It’s true that women weren’t officially able to join the US military until 1948. But this never stopped women from serving their country. Although, the role that women served in our military changed drastically through the years. And as the role changed, so did their uniforms.

From the 1700s to the early 1800s, most women served in ways you’d expect for the time: cooking, cleaning, nursing the wounded.

And even to do this type of service, women had to prove their worth, because the presence of women was often seen as more of a “distraction” to soldiers than as a help.

At this point, women were never given any type of uniform or association with the military. What women in service wore, was the same as what women out-of-service wore.

Some known exceptions to this were Deborah Sampson, the only woman to ever receive a full military pension during the Revolutionary War, and Elizabeth Newcomb, who marched over 600 miles from Missouri to Colorado during the Mexican-American War.

These women most likely wore the standard uniforms of the time designed for men.

Both of these women were eventually discovered and forced to discharge, but it goes to show how you can’t tell a woman she can’t fight for her country.

In addition to the service listed above, women also served as spies during the Civil War to gain intelligence on the opposing side.

One of the most well-known spies of the Civil War was the ever-so-likable Rose Greenhow, also known as “Wild Rose.” Rose used her charm and conversation skills to get important information out of the Union Army.

Rose was credited with the Confederate victory at the First Battle of Bullrun in Manassas, Virginia because of the informative intelligence she provided Confederate generals. General Davis later sent Rose to Europe for a diplomatic mission where she was able to meet Queen Victoria and Napoleon III.

Rose most likely wore a hoopskirt with a big beautiful dress. Not great for combat. But perfect for first impressions.

During WWI, for the first time in American history, women were officially connected to the United States Military and given uniforms to show this title.

This recognition caused women to feel a sense of belonging in the military for the first time. Women had uniforms for nearly every role and they took on a variety of different forms. The uniforms were designed to be comfortable, functional and very respectable.

Along with uniforms, WWI also gave way to the first female US soldiers. These women served as switchboard operators for long-distance calls in Chaumont, France, where they were commonly called “Hello Girls.” These “Hello Girls” connected 26 million calls during World War I by using profound technological skills for the early 1900s.

Grace Banker was Chief Operator of the “Hello Girls.” Banker was originally from New Jersey and worked for AT&T before she decided to go abroad in order to serve her country. In her diary, she described the work as hard but rewarding.

“Resting up after the drive. Never spent more time at the office and never enjoyed anything more. My girls work like beavers.”

“Hello Girls” wore a dark skit and jacket with dark boots. This uniform meant a lot for the women that wore it and served as a symbol that these women were part of something greater.

One special woman in service during the Vietnam War was First Lieutenant Sharon Lane. Lane served as a nurse at the 312th Evacuation Hospital at Ward4 in Vietnam.

She worked 12 hours a day and 5 days a week in Ward4 and managed to receive praise for excellent work. On June 8th, 1969 enemy rockets were fired on the 312th Evacuation Hospital killing two people, one of which was First Lieutenant Sharon Lane.

Lane became the only American nurse to be killed during the Vietnam War by enemy fire. She was rightfully awarded many medals for offering her bravery, service, and her life for our country.

Nurses in Vietnam typically wore either white or olive-colored skirts with hemlines right above the knee. The olive color was often preferred because the white uniforms were difficult to keep clean in the tropical weather of Vietnam.

Changes In the Gulf

By the time of the Persian Gulf War, nearly 7% of US Forces were women, the largest deployment of women in US history. This brought a lot of changes to the US military. Women were proving that they deserved to be in the military.

This isn’t to say that women in the Gulf War had it any easier. Women that served in the military at this time really had to show the men what they could do and how well they could do it.

The turn of the century struck a new era for women in the military. Much of this is credited to the brave women who fought in the Gulf War and proved that the military wasn’t just a place for men, but a place for humankind to serve their country.

In the year 2000, Kathleen McGrath became the first woman to command a US Navy warship. Captain McGrath led 262 crew members aboard the Jarret on a six-month mission in the Persian Gulf and was awarded the Legion of merit.  She later passed away from lung cancer and is buried in the Arlington National Cemetery.

Today all combat jobs are open to women and there are more women in the military than ever before. Women serve in combat and are leaders in combat.