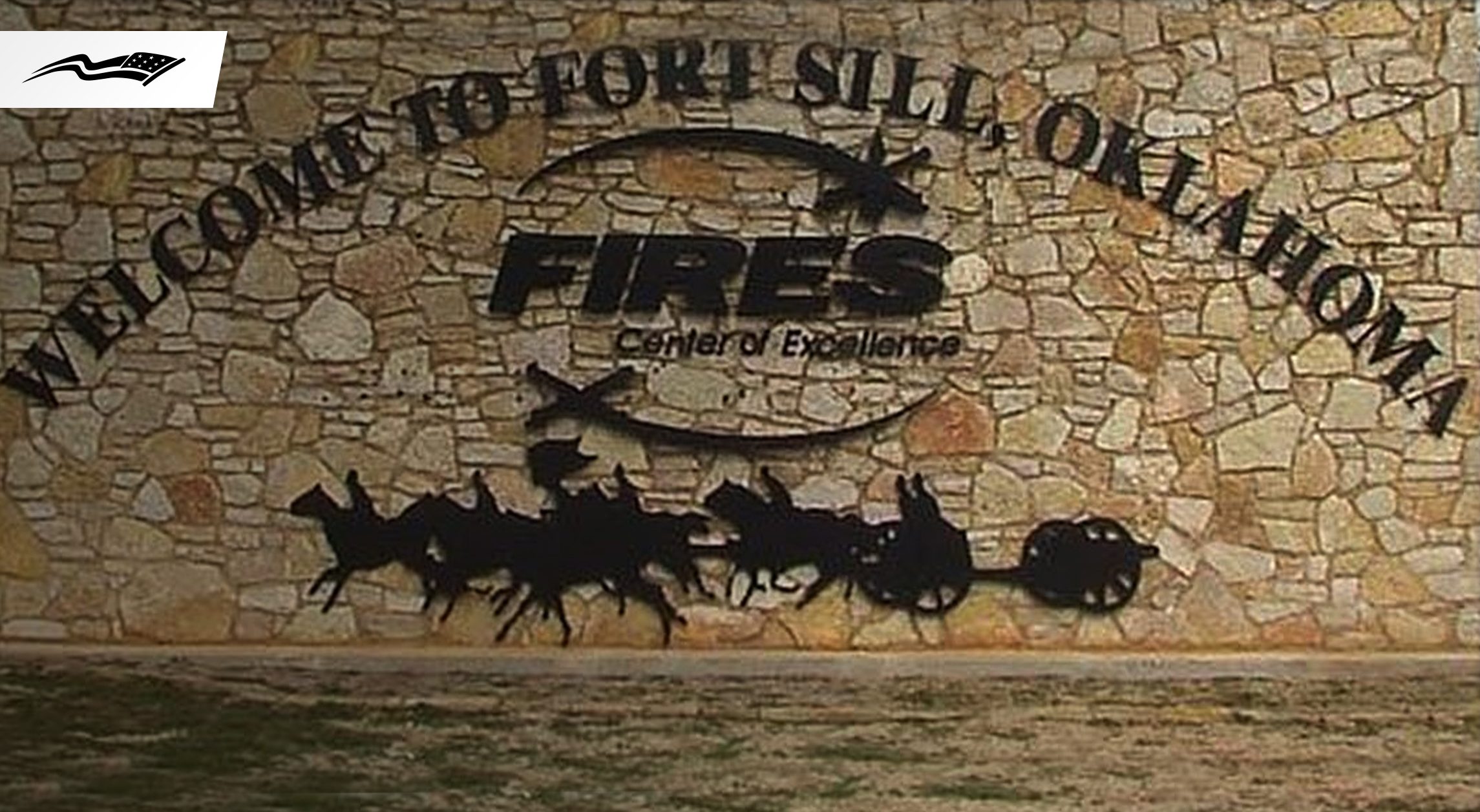 Located just north of Lawton, Oklahoma, and about 85 miles southwest of Oklahoma City, is Ft. Sill. This is a post for the United States Army, and its mission is to train artillery soldiers. Over the years, the base has developed a reputation for being the best at what it does. It is also known to be the largest field artillery complex in the free world. The fort has a long and interesting history, and those who have served and trained there will always have a special place in their heart for Ft. Sill. 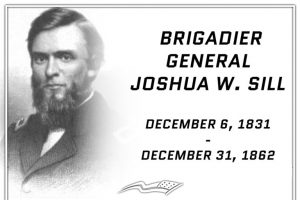 It was in early 1869 that the very first iteration of Fort Sill was created. The garrison was first known as Camp Wichita. Major General Philip H. Sheridan wanted to create a post that would help fight against the native peoples in what was termed the Indian Wars. It was only a short time later that Sheridan changed the garrison’s name to Fort Sill. He named the fort after a friend of his, a fellow classmate at West Point: Brigadier General Joshua W. Sill. The Brigadier General was killed in the Civil War, and naming the fort after him was meant to honor him. 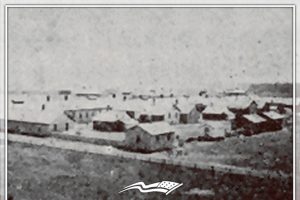 This was a frontier fort, and General Sheridan would lead campaigns into Indian Territory and into conflict with tribes that were raiding settlements on the borders of Kansas and Texas.

General Sheridan led a winter campaign into Indian country that included six cavalry regiments. These regiments included frontier scouts, two of whom you are probably familiar with: Wild Bill Hickok and Buffalo Bill Cody. We will learn more about these scouts, along with other notable people who served at the base over the years, shortly.

Some of the groups who served at Ft. Sill in the early days include the 19th Kansas Volunteers; the 7th Cavalry; and the 10th Cavalry, which included a group of distinguished black soldiers who were called the Buffalo Soldiers. The first commander at the post was Brevet Major General Benjamin Grierson. 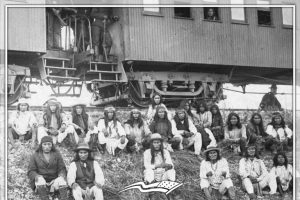 Ft. Still also served as a location to hold prisoners of war. In 1894, for example, hundreds of Apache prisoners, including Geronimo, were brought to the fort, where they lived in villages at the post.

Over the years, the frontier began to diminish. A large number of homesteaders moved to the area, and nearby Lawton quickly became one of the largest cities in the state of Oklahoma. It was at this time that the mission of the fort naturally began to change. It was in 1902 that the first artillery battery was moved to the fort. In 1907, the cavalry left the fort for the last time. This ushered in a true changing of the guard.

Originally, the plan was to demolish the old structures at the base, including the frontier fort, to make room for the artillery pieces that were being brought to the base. However, William H. Taft, who was serving as the Secretary of War at the time, chose to save the original buildings, many of which are still standing. Taft then called for the fort to be expanded.

Ft. Sill is considered by many to be the place where combat aviation in the United States was created. In 1915, the 1st Aero Squadron was set up. Two years later, Henry Post Army Airfield was created. This airfield was used to train aerial observers for World War I. For over 100 years now, aviation has been a major part of the base and it continues to be an important aspect of the base today.

Who Is Stationed at the Base? 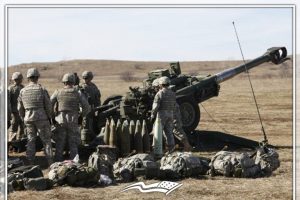 There are many units utilizing the base today. While this is a U.S. Army base, there is also a United States Marine Corps detachment with a firing battery at Fort Sill. They work at the field artillery school at the base, which ensures that Marine artillery personnel are properly trained. Marines at the base work as fire support and gunnery instructors at the Army Basic Officer Leader Course & Marine Field Artillery Officer Basic Course.

What Makes the Base So Special?

Over the years, there have been several notable people who have served at Ft. Sill. Wild Bill Hickok and Buffalo Bill Cody are certainly two of the most famous names to have come from the fort’s historical past. 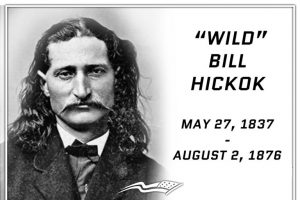 Wild Bill was a folk hero who served in many capacities all across the frontier. He worked as a wagon master, a gunfighter, a gambler, a lawman, a soldier, a spy, and a scout. Many tall tales were told about him, and some by him, to make him seem larger than life. He even played himself in Buffalo Bill’s Wild West Show. Hickok was shot in the back of the head in 1876 in Deadwood, South Dakota. 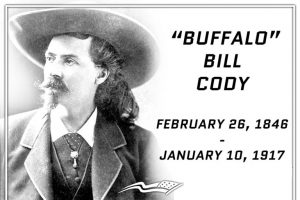 Buffalo Bill Cody had an interesting life as well. He was a show master, a bison hunter, and a scout. He tried to enlist in the Union Army during the Civil War, but he was too young at the time. He later joined the cavalry and worked as a scout. He also created Buffalo Bill’s Wild West, a show that toured America and even Europe. 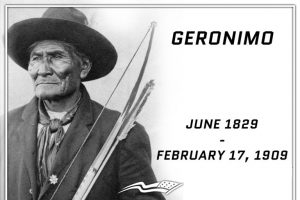 As mentioned, Geronimo spent time at Ft. Sill as a prisoner, although he eventually traveled with Buffalo Bill’s Wild West Show. This Apache warrior is the most famous person buried on the base. He is in Apache Cemetery. Other cemeteries on the property include the Indian Agency Cemetery and Post Cemetery.

Ft. Sill has a number of additional elements that help to make it such an impressive and special place. It was declared a National Historic Landmark in 1960. It also has three museums. The Ft. Sill National Historic Landmark and Museum feature dozens of historic structures, including the original frontier fort. The U.S. Army Field Artillery Museum, which opened in 2009, including a range of artifacts and artillery elements, is also at the base. The U.S. Army Air Defense Artillery Museum moved to the base in 2010. The museums are all free of charge, and they are some of the most popular places those who come to the area visit. 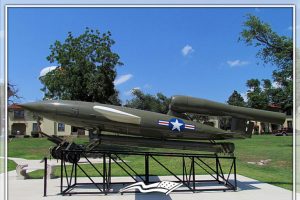 Ft. Sill is easily one of the most impressive military bases in the country, given its long and interesting history. Those who have served here in the past, and those who are currently serving at Ft. Sill, will always have a special affinity for this base.

Valerie Johnston has over a decade of experience in writing over survival skills, homesteading and self-sufficiency. With a Bachelor’s in Agriculture, she enjoys helping others learn about their options in homesteading and survival prep and how to apply it to their lives.