Home / Reviews / Everything You Need to Know (and Love) About Ft. Bragg

Everything You Need to Know (and Love) About Ft. Bragg

Without a doubt, one of the most famous military bases, not just Army bases, in the world is Ft. Bragg. This base, which is 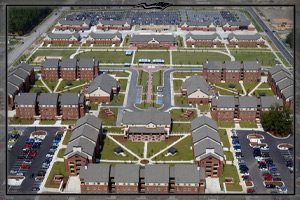 located in North Carolina, happens to be the largest military installation on the planet, and many people have worked, trained, and served there over the years. There are usually more than 50,000 active duty personnel at the base. This massive base borders a number of towns in the area, including Southern Pines, Spring Lake, and Fayetteville. It is a part of four counties and covers 251 square miles.

The History of Ft. Bragg

Ft. Bragg has a long and interesting history. Originally called Camp Bragg, the fort was established in 1918 as an artillery training ground. The area had a lot going for it in terms of being a suitable artillery field. It had a good climate, which would accommodate training year-round; it had good terrain; there was plenty of water; and it was close to the railroad.

With WWI underway, the goal was to have Bragg include six artillery brigades. In addition, development of an airfield on the base, Pope Field, had begun. It was used by balloons and aircraft for the artillery spotters. The work on the camp was finally finished in November of 1919. After the end of WWI, demobilization began, and plans for the six artillery brigades were abandoned. The focus of the base changed, and for a while, it served as a test area for longer-range weapons.

The camp almost closed down permanently in 1921, but General Albert J. Bowley was able to change the mind of the Secretary of War. In 1922, the name changed from Camp Bragg to Ft. Bragg.

The population of the base continued to grow, and by 1940, it was at 5,400. However, just a year later, the population jumped to 67,000. During WWII, there were a number of units that trained at the fort. They included the 9th Infantry Division, 2nd Armored Division, 82nd Airborne Division, and the 100th Infantry Division. There were also some field artillery groups that trained at the base during this time.

After WWII, the 82nd Airborne became permanent residents of Ft. Bragg. The Cold War brought more changes to the base. In 1951, the XVIII Airborne Corps reactivated. The base became one of the most important locations in the country for unconventional warfare. The Psychological Warfare Center opened in 1952, soon followed by the 10th Special Forces Group. In 1961, the 5th Special Forces Group was activated at Ft. Bragg. Its goal was to train counterinsurgents to be deployed in Southeast Asia. This group was at Ft. Bragg until the latter part of the 1980s.

Over the years, the tenant units and forces that were stationed at Ft. Bragg were involved in a number of deployments and conflicts all around the world, among them Grenada, Honduras, Panama, and later Saudi Arabia. The 82nd Airborne and the XVIII Airborne Corps were part of Operation Desert Shield and Operation Desert Storm in 1990. The base has continued to grow, and there are many units that have participated in the more recent conflicts and wars that developed and continue in the Middle East.

Who Was General Braxton Bragg? 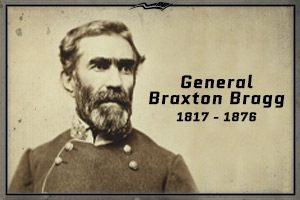 Ft. Bragg was named after General Braxton Bragg, who was a career officer in the United States Army. He became a general in the Confederate States Army and operated in the Western Theater of the Civil War. He helped to train soldiers along the Gulf Coast, and he was the corps commander at the Battle of Shiloh. He was not a particularly well-liked or effective general, but he was still honored by having a base named after him in the state of his birth.

The airfield known as Pope Field was named after First Lt. Harley H. Pope, who was an airman killed while flying in the area.

The Joint Special Operations Command, which is located at Pope Field, controls one of the most storied special operations groups in history: Delta Force, or, more accurately, Special Forces Operational Detachment-Delta.

Because of the importance of Ft. Bragg, there have been a number of interesting events at the base over the years. It was at the U.S. Army Special Warfare Center, for example, that President John F. Kennedy officialized the wearing of the Green Beret.

A number of prominent people have served at or lived and grew up at Ft. Bragg. Some of the names that you might recognize include author Michael Blake, former MMA fighter Jason Miller, former NFL players Ernie Logan and Joe Morris, and actress Julianne Moore. Martha Raye, an actress who often worked with the USO during World War II and the Vietnam War, is buried at Ft. Bragg.

Why Is Ft. Bragg Such a Great Base?

The base has everything that soldiers and their families need, including quality housing, a medical center, an exchange and commissaries, fitness centers, continuing education services, child development centers, and more.

The base has just about everything that is necessary, but those who are at Ft. Bragg, or who were stationed there in the past, probably have quite a few good memories of heading to other locations in the area when they have some downtime. Fayetteville, for example, is a popular city to visit because of the location and all of the fantastic things that are available to see and do, whether it is finding a place to shop and dine or visiting the Cape Fear Botanical Garden, the Airborne & Special Operations Museum, or the Fayetteville Museum of Art.

Ft. Bragg has been an important part of the lives of many people over the years, both military members and civilians, and it is sure to be around for many more years to come.

Valerie Johnston has over a decade of experience in writing over survival skills, homesteading and self-sufficiency. With a Bachelor’s in Agriculture, she enjoys helping others learn about their options in homesteading and survival prep and how to apply it to their lives.