Home / Reviews / Budget AR Builds: Are They Worth It?

Budget AR Builds: Are They Worth It?

As one of the most popular semi-automatic rifles in America, the AR platform can be purchased almost anywhere, for any shooting role, and at a wide range of prices. Sometimes, however, those prices start at a base that is higher than reasonable due to external factors (usually politics) that lead hopeful buyers to consider alternatives to buying a complete, ready to fire rifle. There are several ways one can “make” their own AR that range from thousand(s of) dollar builds, to builds under $500, or even less. It is those budget builds we are going to look at here.

What can you expect?

If building a budget rifle, you can expect that certain parts may not have the same level of craftsmanship or quality as some of the higher priced builds. In general, a budget built AR will be capable of making a decent plinking or home defense rifle, but will fall short of a strong competition or full-blown survival rifle.

With that said, I will talk about the build I recently finished, as it came in under $500 when the average price of an AR-15 was $750 or more. 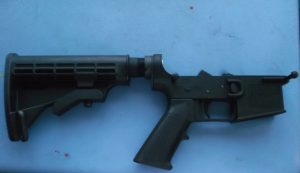 I was going to purchase a lower receiver and put in a lower parts kit (LPK), a buffer assembly, and a buttstock. Then I found something that seemed better. A complete lower receiver with installed the parts for about the same price as putting one together myself known by the name of  New Frontier LW-15. It is a polymer lower with a polymer fire control group, which gave me some concern. The polymer lower was not too big of a deal, as many proven firearms use polymer frames or receivers. The fire control group (FCG), on the other hand, seemed as though it would wear out within a thousand rounds, so I decided to watch some torture videos which did give me a bit more confidence. There were three videos in all that covered the strength of the receiver, the durability of the FCG, and a shooting test. 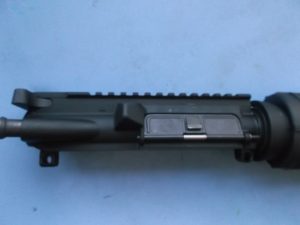 Again, I was going to buy a receiver and fit the various pieces, but found a complete upper that was about the same price as building one. This was the Bear Creek Arsenal chambered in .223 Wylde, which is capable of firing .223 Remington, 5.56 NATO, and the .223 Wylde. This setup came complete with a bolt carrier group, charging handle, a flat top receiver, and a pinned A2 gas block with front sight.

This made everything very simple. The upper was shipped straight to my house and the lower was shipped to an FFL dealer. Once both were home, I was able to slap them together and I had a rifle for under $500.  I did change the handguard into a quad rail, replacing the standard A2, put on a rear iron sights, and mounted a forward grip and flashlight. So far, it seems to function quite well in dry fire runs. Within the next few weeks, I will be able to take it to the range and put real lead down range and see how well the polymer FCU holds up. Until then, here is a list of what was purchased and the costs.

With that all said and done, the build came in at $468. The way I figure it, if the FCG is not all it claims to be, I can change it out for $30-$40 and still have a build just under/over $500. Not too bad if you ask me, especially when you consider I didn’t have to buy any tools, saving even more on the cost of the “build.”

Click on the below images to see full size. 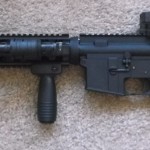 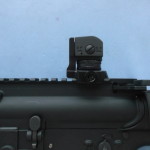 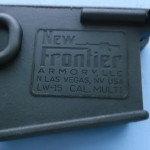 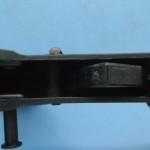 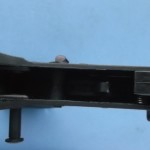 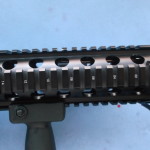