All About the U.S. Space Force

What once seemed like science fiction is now a very real branch of our military—the U.S. Space Force, or USSF. Established in December 2019 as part of the 2020 National Defense Authorization Act, the U.S. Space Force replaced the former Air Force Space Command, incorporating its nearly 16,000 personnel. Here are some of the basics on the newest branch of the U.S. military. 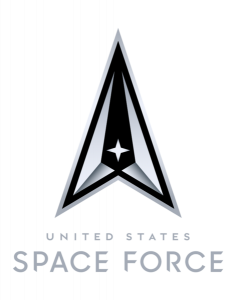 Released in July 2020, the logo for the U.S. Space Force features a silver delta symbol, which was previously adopted in 1961 by the Air Force’s early space program.

Inside the delta, four beveled elements at the bottom symbolize the joint armed forces supporting the space mission. The star shape in the center represents Polaris (the North Star), and points to how the Space Force mission is guided by core values. Two spires pointing toward the top of the delta represent a rocket launching into the outer atmosphere.

The delta symbol and Polaris also appear on the Space Force flag. The delta sits in front of a globe encircled by an elliptical orbit symbolizing defense from threats emanating from space.

The Space Force motto is “Semper Supra,” which means “Always Above.”

The Space Force unveiled their rank structure in January 2021. Enlisted ranks match those of the Air Force, except for the first four ranks, where “airman” is replaced with the gender-neutral term “specialist.”

USSF officer ranks mirror those of the Air Force, Army, and Marine Corps, ranging from second lieutenant to general.

The Future of the U.S. Space Force

What’s next for the newest branch of our armed forces?

An initial group of 50 active-duty Soldiers, Sailors, and Marines have been selected to “beta test” inter-service transfer into the USSF, joining more than 5,200 existing Air Force transfers. We can expect these numbers to increase throughout the next year, and for military satellites and other relevant operations to transfer to Space Force oversight.

With so many public and private interests moving into outer space, we’re excited to see how the newest branch of our military will develop in the coming years.