According to a press release from the US Army on November 6th, some 500 troops stationed with the 101st Airborne Division will be heading to either Kuwait or Iraq in the early part of 2016. The mission of those going will be to assist and advise Iraqi Security Forces. The soldiers will be replacing troops that are currently in the area from the 82nd Airborne Division who are filling the role of Combined Joint Forces Land Component Command, Iraq.

The 101st division headquarters will stay in the area for a nine-month deployment and will provide command and control of various coalition soldiers who are advising, training, and assisting Iraqi troops. This will be part of Operation Inherent Resolve, which is set up to combat militants who are affiliated with ISIS. Headquarters 101st started work on preparing for the deployment last summer. 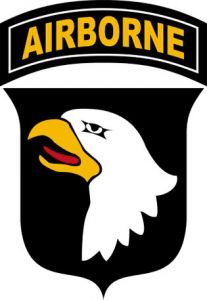 An estimated 1300 soldiers from the 82nd Airborne 3rd Brigade Combat Team returned from their own nine-month deployment in Iraq. Their mission was to train Iraqi army units as well, in an effective advise-and-assist mission. They report that they were able to train over 12,000 Iraqi soldiers. They also worked with the Iraqi Ground Forces Command.

We Are Ready to Answer the Call

Major General Gary J. Volesky, Commander 101st Airborne Division (Air Assault) stated that the division had been focused on preparing for Operation Inherent Resolve for over three months. He said: “Going back to 1942, Screaming Eagle soldiers have always answered our nation’s call to duty with pride and tenacity. This tough mission is our next ‘Rendezvous with Destiny’ – and we are ready for it.”